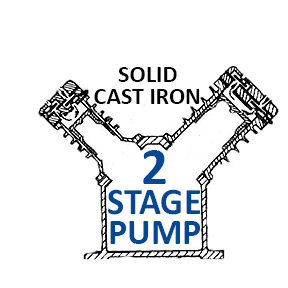 Ever wonder what the difference is between a single stage and two stage compressor is? Read our newest article on the differences from our emax garage!

The process on both is similar but with one difference. Below we have a breakdown of the process.

>Air is sucked into the cylinder

> then the air moves to the storage tank 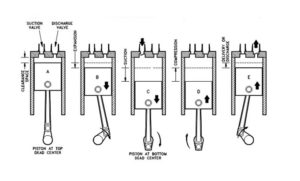 Many confuse the number of cylinders for the number of stages. They both use two cylinders to balance air easier, but In the Single stage the cylinders are the same size, in the two stage the second piston is shorter than the first. It also has a cooling tube between them to cool the air before the second stage of compression.

A two-stage compressor has the capabilities to produce higher pressure of air. They are better used for industrial settings and continuous applications. For a small in home shop a single stage compressor will serve just fine and power a variety of pneumatic tools that don’t exceed 100 PSI.

Hope this article helped to expand your compressor knowledge!